#7: A brief understanding of SQL Database

As we step into the era of the digital, the most essential component of the system is data. Also, over the years, the quantity and quality of data have been on the rise. A database is the collection of data to make its management easy.

Structured Query Language (Pronounced “S-Q-L” or “See-Quel”) is the standardized programming language for relational DBMS. It enables all functionalities of a database such as allow, insert, merge, update and delete database records. SQL, besides, forms the basis for relational databases such as MySQL, MS SQL Server, Oracle, and Sybase. While SQL is not the only relational DBMS programming language, it the most popular.

SQL language was created in an attempt to manage a database called System R, developed back in the 1970s by IBM. The concept for RDBMS was given by Dr. Edgar F Codd which also formed the basis for the development. In 1979, Relational software (Now Oracle) released its version of SQL called Oracle V2. Almost four decades later, SQL serves various purposes for both personal and corporate use. It has also led to several open source platforms such as MySQL, PostgreSQL, and Firebird among others.

What started off as a concept is now one of the most critical aspects of the database world. SQL databases are preferred for many reasons. Some of them are:

What is the SQL standard?

SQL complies with American National Standards Institute (ANSI) and has seen multiple versions over the years. The SQL standard is not just for basic commands anymore but has evolved to support newer functionality such as recursive queries, triggers, XML, standard sequencing, and regular expression matching to name a few.

While some of them are common, SQL standards’ large volume makes it impossible to implement all the standards in DBMS such as MySQL and PostgreSQL. This is also the root cause for the difference between different SQL implementations, causing incompatibility between these platforms.

The elements of SQL

The SQL language, based on certain features is imbibed in respective DBMS. For the ease of developers, the necessary commands can be executed through the Command Line interface (CLI). The elements include:

Clauses are the components of statements and queries which are used to define conditions for them.

The result of an expression is the production of scalar values and/or tables with defined rows and columns.

Queries are used for the retrieval of specific data based on certain conditions.

Statements are the primary control system for multiple SQL components such as program flows, connections, diagnostics, and connections. The statements carry queries to the SQL server and get the reply in return.

Predicates can influence the flow of the program in addition to limiting the conditions on the statements and queries.

With brief insight into the SQL database, it can be seen how the language has evolved since its early days. It should also be noted that with the increasing impact of data on our daily transactions, SQL database will further up its level to match the daily requirements giving support to even more relational database management systems.

As an SQL Database expert, I help businesses to solve issues and fortify their application database. Get in touch with me and I can surely help you improve your database performance. 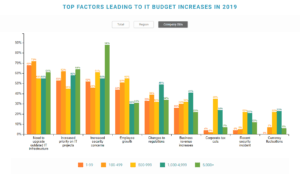